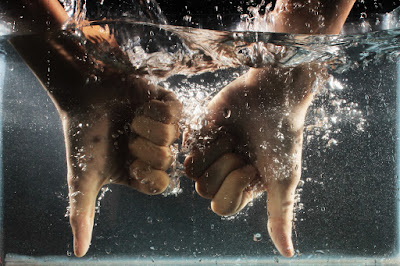 The year 2018 is coming to an end. But before we meet 2019, let us look at some of the top most disliked YouTube videos as of 2018. The shocking bit of it is that YouTube’s own video is ring leader of the top disliked videos on YouTube.

Uploaded by YouTube Spotlight, this yearly series video is the leading one in this list. YouTube Rewind is solely meant to showcase trending videos , songs and the most influential YouTube personnels in the 12 months duration.
Read: Get free Uber rides
The main intention of YouTube Rewind was taken into consideration in the past 5 years since its introduction in 2011. Everything went wrong with this years YouTube Rewind.
Instead of including influential YouTubers such as PewDiePie, they showcased people who were not part of the YouTube community. Will Smith was included yet he is just a Hollywood star.
Even the some of those who were featured in the Rewind such as Marques Brownlee, did not like this years Rewind. He explained in a video that YouTube just wanted to show advertisers of how they can use YouTube to advertise.

This song holds the crown of the most disliked songs in YouTube history. In the time of writing though the song has an equal amount of likes and dislikes i.e 10M Likes and 10M Dislikes.
Some people generally hated the video because at first the song vocals sounded like a girl’s voice. No wonder so many people nowadays refer Justin Bieber as a girl.
Having reigned for quite a long time in the most disliked video, it got relieved when YouTube Rewind surpassed it. Others even went ahead to remove the dislikes on the song so that they could make YouTube Rewind the most disliked video.

Following closely ,after Justin Bieber’s song, is Jake Paul’s song the second most disliked song on YouTube.
The song got hated so much due to the fact that it was wholly a brag song. Jake Paul was literally bragging of all his riches. He began by saying that he after being a Disney star, he is now rich on YouTube.
He went on ahead to flaunt off his wealth where he sang that he has Lamborghinis and only wears Rolex. In the video description he made it clear that he only spent a day to write, record and shoot the song.

This was a game trailer that was uploaded on YouTube on May 2nd 2016. It received quite a lot of negative audience with gaining 3.7M thumbs down in the time of writing.
Everything went wrong since this game has a futuristic setting which many gamers find disgusting. Especially with the fact that this was the third game series in a row to have sci-fi combat.
Gamers preferred the way the past Call Of Duty games were : simple and realistic. One more thing that annoyed many is that a remake for Call Of Duty Battlefield, which was everyone’s favorite,was being sold on a condition that one to buy the COD: Infinite Warfare.

This video is the most disliked video intentionally. A YouTuber PewDiePie asked his subscribers to make his video get 1M dislikes. People answered his call by giving him the many thumbs he requested.
In the video, he is seen having a phone call conversation with Google. He is informed by Google that there is a secret algorithm in which the number of likes in YouTube video does not matter at all. He is informed that the number of dislikes a video has are the ones that make him powerful.

He decided to take a challenge and test the secret Google algorithm. He shot a video of him doing crazy staff around the neighborhood asking people to help him gain 1M thumbs down.

What do you think?

Sorry. No data so far.

Don’t miss out on new posts

Unleash your creativity and share your story with us!

Your password reset link appears to be invalid or expired.

To use social login you have to agree with the storage and handling of your data by this website. %privacy_policy%

Hey Friend! Before You Go…

Get the best viral stories straight into your inbox before everyone else!