Probably, hope diamond is the world’s most famous but not a popular diamond. This is a kind of possession that no one would want to own (though it costs a fortune) even when offered for free, no because of its ugliness (of which it isn’t) but due to the creepy history of the tragedies that all the ones who once owned it encountered. The hope diamond is  bluish and weighs only 45 carats. Now here is a brief history of what happened to all those who once owned the infamous diamond.

It all began when it was stolen from the Hindu goddess , Sita , as it was used as one of her eyes but later stolen.The mysterious Hope diamond was later found in France in 1668 after some years since its theft. Over there it was known as the ‘french blue’.

Bad luck fell on Marie Antoinette who used to wear the hope diamond as one of her jewels. She was later guillotined during the French Revolution in 1792 and the diamond got stolen as one of the Crown jewels during the same same revolution.

Mysteriously it was later found in London in 1830 in possession of banker , Henry Hope. Luck was not on his family as his family lost their fathers’ wealth and all died bankrupt.

The dreadful diamond was later passed on to a Greek, who ( as the owners before him ) had tragic events. All the members of his family died in fateful car accidents. 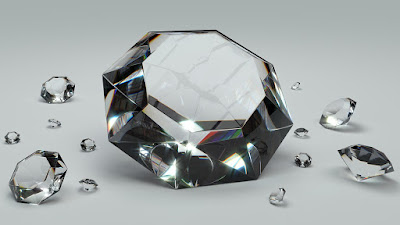 Sultan Abdul Hamid (II) of Turkey was the next one in the tragic fateful line of the owners of the hope diamond. A few months after owning the diamond, the military held a revolt against him in 1909 and overthrew him.

Curiosity killed the cat indeed! This is portrayed by Evalyn Walsh , an American woman next in the creepy fateful line. After hearing about the history of the Hope Diamond , she did not believe at allon Sita’s curse , she decided to buy the diamond and wore it as a necklace. Little did she know that she was actually wearing death on her neck. Soon afterwards , all her children died in fateful car accidents. To add on that , her husband was afflicted by mental illness. She could not bear the weight of carrying the dreadful diamond and she resolved to selling it. The diamond was later sold to the American people and was donated to them.

It is currently on public viewing in the Smithsonian Institute, Washington DC. If you want to have it by yourself ( which i doubt you would dare ) you will have to spend $200 – $400 million.

What do you think?

Sorry. No data so far.

Don’t miss out on new posts

Unleash your creativity and share your story with us!

Your password reset link appears to be invalid or expired.

To use social login you have to agree with the storage and handling of your data by this website. %privacy_policy%

Hey Friend! Before You Go…

Get the best viral stories straight into your inbox before everyone else!